In Greek mythology, Cerberus (/ˈsɜːrbərəs/;[2] Greek: Κέρβερος Kerberos [ˈkerberos]), often called the “hound of Hades”, is a monstrous multi-headed dog, who guards the gates of the underworld, preventing the dead from leaving. – Wikipedia 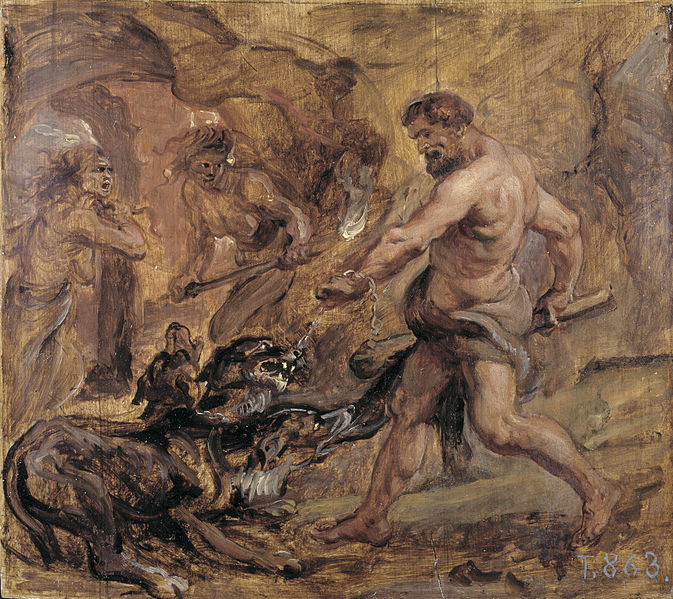 Think about a time in your life where you wanted to make a change…”I want to eat better.”  “I want to start working out.”  “I want to dedicate more time to my blog” :).  The only person that can really work to make the above changes a reality is yourself.  Now think of how often you’ve made the above statements to yourself (New Year’s Resolutions, anyone?)  and how many times you’ve failed to not only enact the changes you want to make but also how often you’ve failed to make them stick and be part of your daily routine.

Now let’s take the idea of change to situations where it’s more than one person trying to make a change:  think of Phil Jackson taking a job coaching the NY Knicks and trying to get them to use his triangle offense (as much as I despise sports analogies).  This offense is universally considered to be highly complex and difficult to run effectively; add that to the fact that this changes requires cooperation from multiple people with differing levels of talent and experience and you quickly realize how much of an uphill battle is ahead for Coach Jackson in order to get the team to fully embrace this offense.

Lastly, imagine an enterprise-level organization trying to make a change; “We’re going to roll out this new tool/process/system.”  Or more relevant to this discussion: “We’re going to GO AGILE.”  Not only do you have the complexity of change at each person’s level, but also at each team level, and then at the enterprise level. Add in how different people deal with change (Kubler-Ross) and you begin to develop an appreciation for how difficult it actually is to effect successful, lasting change in an organization.

The next question is: how much easier is a change when someone is helping it/you along?  The last time you successfully started dieting/working out more/etc., was there a spouse/loved one/friend/family member pushing you along?  The last time I went on a serious diet (and lost 60 lbs. as a result) the wife and I were dieting and exercising together, which made a big difference as we were pushing each other to succeed…but don’t just take my word for it.

Phil Jackson was not the inventor of the triangle offense (Thanks Tex Winter!) but his adherence to it’s approach helped him win eleven titles with both the Bulls and the Lakers.  This type of shift required buy-in from the entire team, markedly more difficult than me trying to eat less junk food.  He pushed his team to follow the plan, and look what happened…Phil needs more fingers for all of his championship rings!

Organizational change is another exponential of difficulty above team-level changes; when you try to shift the flow of an entire organization it’s the virtual equivalent of swimming upstream as there is a consistent downward pressure against you.  Agile transformations are a great example of this type of change; you are trying to enact a paradigm shift along an enterprise that has many levels, contributors, more often than not across various geographic locations…the opportunities for failure abound.

The item that all three examples I gave above have in common is in each example there is a “change champion”; this is the person that is “leading the charge,” they’re the person in the front of the group saying “Come on, we can do this!”  I dare say that my wife and Phil Jackson had it easy compared to what someone like Jack Welch had to do when trying to shift GE in a different direction.

I have had many conversations with many other agile practitioners about agile transformations they have been a part of, as either an impacted employee, a coach trying to coordinate the change, or even at a leadership level trying to shepherd this new way of thinking, and the one thing that everyone I spoke to agrees upon is “good change agents help ensure successful change.”  I spent more time exploring this statement with each person and as a result I think it’s possible to split change champions into three (3) different buckets:

I recently went through a (some would deem) successful agile transformation, and I took the time to look back on the lifecycle of the transition and see if this idea fits, and funnily enough it does!

Which brings me to my next discussion point…what happens if you only have one of the above?

And on the back of that point…what happens if you only have two?

After having all these conversations and looking back I have arrived at the point that in order to enact a successful, lasting change you need all three: the Internal and their ability to lead/influence, the External with their body of knowledge and experience, and the Executive to lead from the top of the org chart…hence the Cerberus analogy!  Would he had been as effective if only one of his three heads were functioning?  Or what if only two were alive and active?  Possibly, but not likely…much like it takes three heads to effectively guard the gates of hell, it takes three different types of change champions to enact a successful change and make it stick.